Santorini is one of the most exciting destinations around the globe, as it offers its visitors one of a kind experiences that can only be created in this majestic island. You may think that all those who describe Santorini as a destination of unparalleled beauty are exaggerating! Rest assured that as soon as you set foot in this Aegean paradise, you will understand why Santorini is the ultimate destination for all those travelers who seek an adventure out of the ordinary! In this post we are going to explain to you why Santorini is the ultimate holiday destination for those who want their vacations to be unique, as we have prepared for you a list with the top things you will only find in Santorini!

The imposing Caldera of Santorini

Santorini caldera is a unique geological formation that is actually the enormous crater of Santorini Volcano! The Cataclysmic volcanic eruption that happened on the island around 1500 BC, is the cause of its current crescent shape. You see, the explosion was so fierce that a huge part of the island submerged under the level of the sea. This is the reason why many archaeologists support the theory that the myth of lost Atlantis actually refers to the doom of Santorini that happened around 3.500 years ago and signified the end of the Minoan Civilization! All these reasons make the island’s caldera a sight not only of great geological but also historical value that rightfully belongs to the top things you will only find in Santorini! 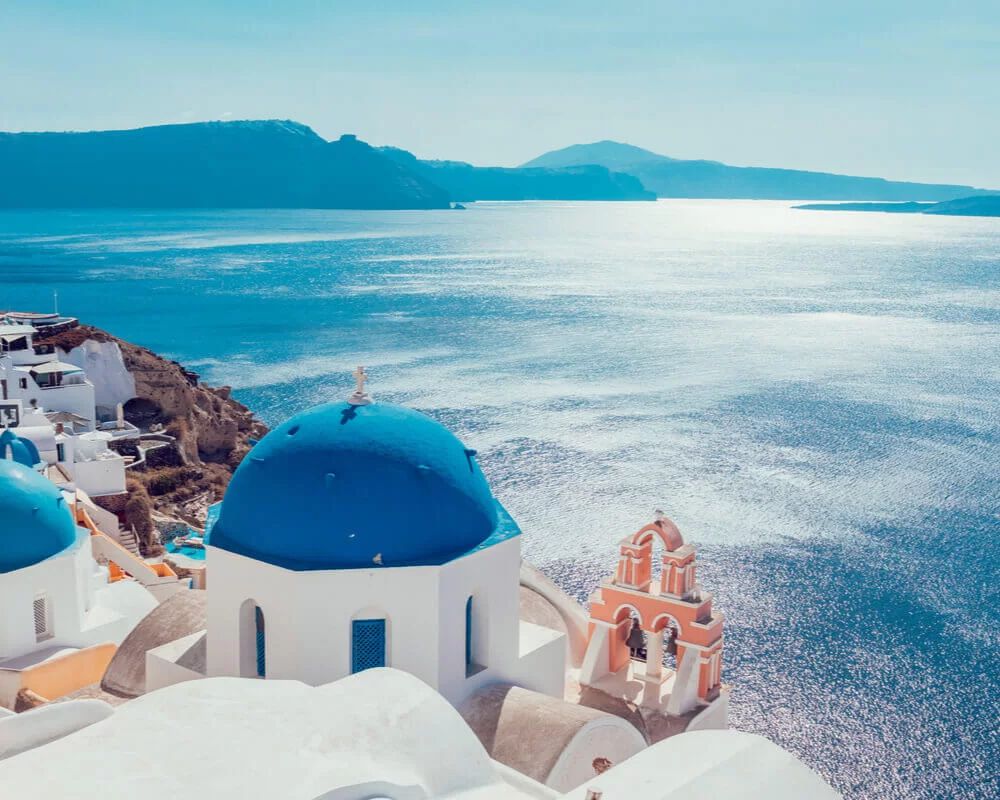 Watching the Santorini sunset is a breathtaking experience that will enchant your heart and your mind! Every day during summer season, a lot of the islands visitors are gathering to the most famous sunset spot of Santorini, which is no other than the settlement of Oia, and take photos of the colorful dim light of the sunset, shimmering on the blue domes of Santorini and on the crystal waters of the Aegean Sea! Those who want to admire Santorini Sunset in a less crowded place visit Akrotiri lighthouse which is the favorite place of the locals relaxing during this magical hour! 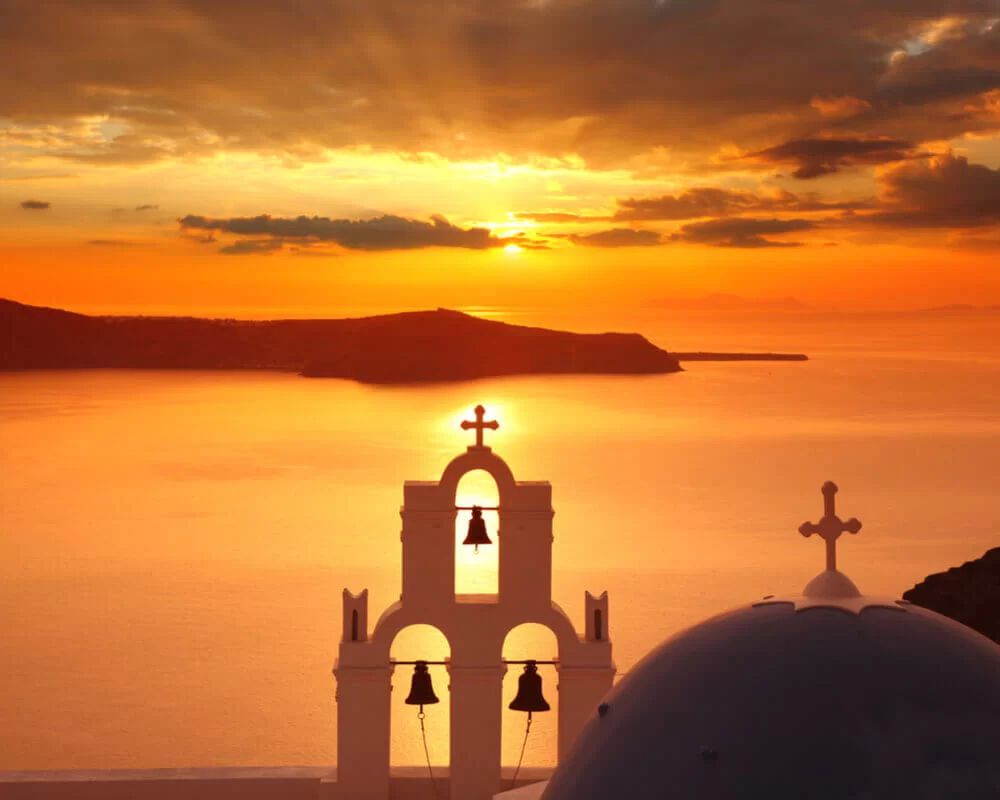 The Exquisite Santorinian wines are products of the unique viticulture of Santorini! The reason why Santorinian wines have a world-wide reputation is because the volcanic soil and the climate of the island are ideal for the cultivation of flavorsome grape varieties that are indigenous to the island! The most famous varieties of Santorini grapes are the white ones of Assyrtiko, Athiri and Aidani, with Assystiko being the flagship grape of the island! In Santorini, you have the chance to participate in various wine tours organized by local agencies, in order to explore every step of the wine production starting from the grape harvesting to the final step of the production, which is bottling the wine! However, wine tours are not merely educational, as the visitors of a winery also have the chance to take part in wine tastings. During a wine tasting you can taste a glass of your selected wine combined with local treats, specially chosen to highlight its taste! 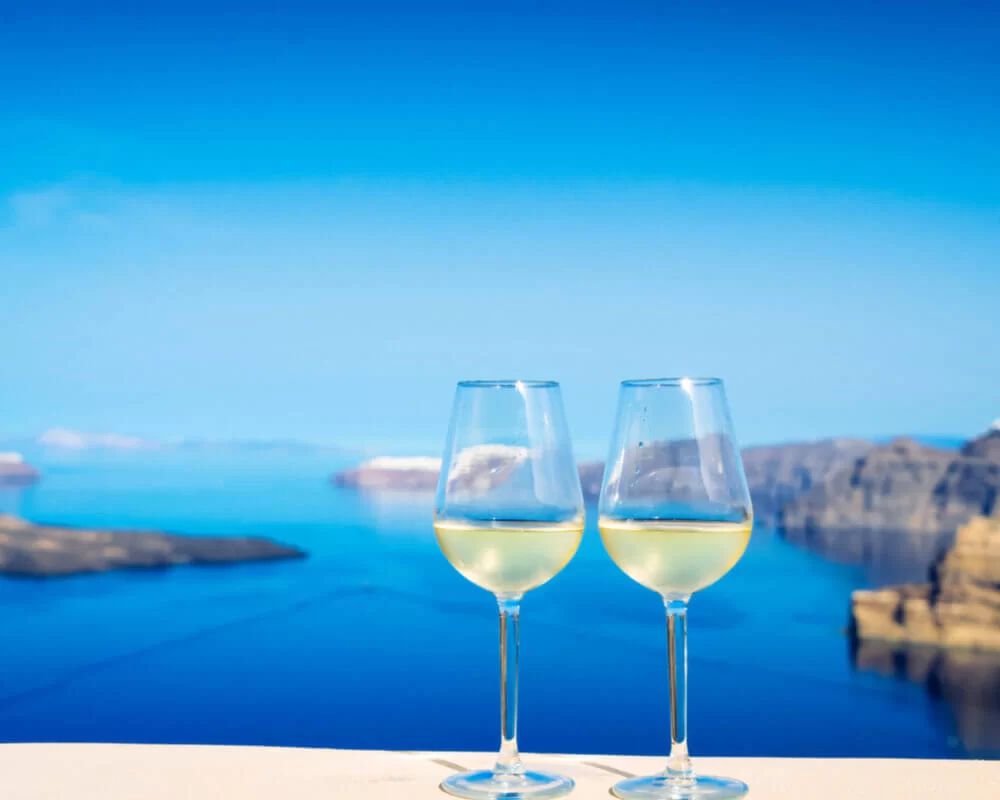 The delicious cuisine of Santorini

The volcanic soils of Santorini have a great impact on the agricultural production of the island, as Santorini is blessed with a great variety of local vegetables. The most famous among them is the local tomatoes, along with the small fava beans, which are specially known for their really strong taste! Those two local products have been the base for the most famous local dishes of Santorini! Those are Santorini tomato balls, and Santorinian Fava, that you will surely find served to all local taverns of Santorini! Santorini cuisine is based on the Greek one but contains a lot of recipes that include wine and grape products such as raisins! This is because of the island’s many vineyards! 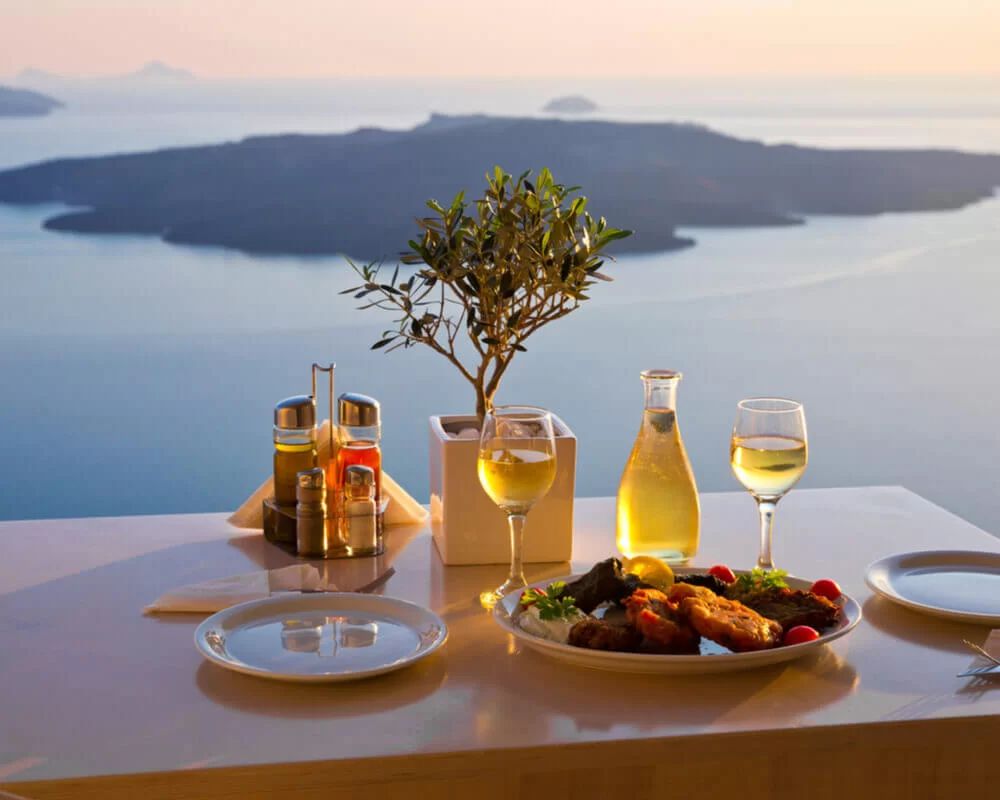 Santorini is a unique example of Cycladic architecture! Its white-washed houses and its blue domes are indicative of the architectural style that you will find in most of the Aegean islands. However, Santorini buildings are unique due the volcanic morphology of the island! Their two main characteristics are simplicity and adaptability to the environment that surrounds them!

The buildings in Santorini are mainly constructed with volcanic materials and are categorized in three types according to their architectural style! The first one Includes the common cave houses, called also yposkafa and are carved entirely into the volcanic rocks of the island! The second category is farmers’ houses and their main trait is the canava, a wine cellar with impressive arched doorways, which is built underground or carved in a rock. The third category is capetanospita, which were built in the 19th century, during a time of great prosperity for the island and they usually belonged to high-ranking mariners. Those buildings, although they keep their traditional character, have many neoclassical influences. 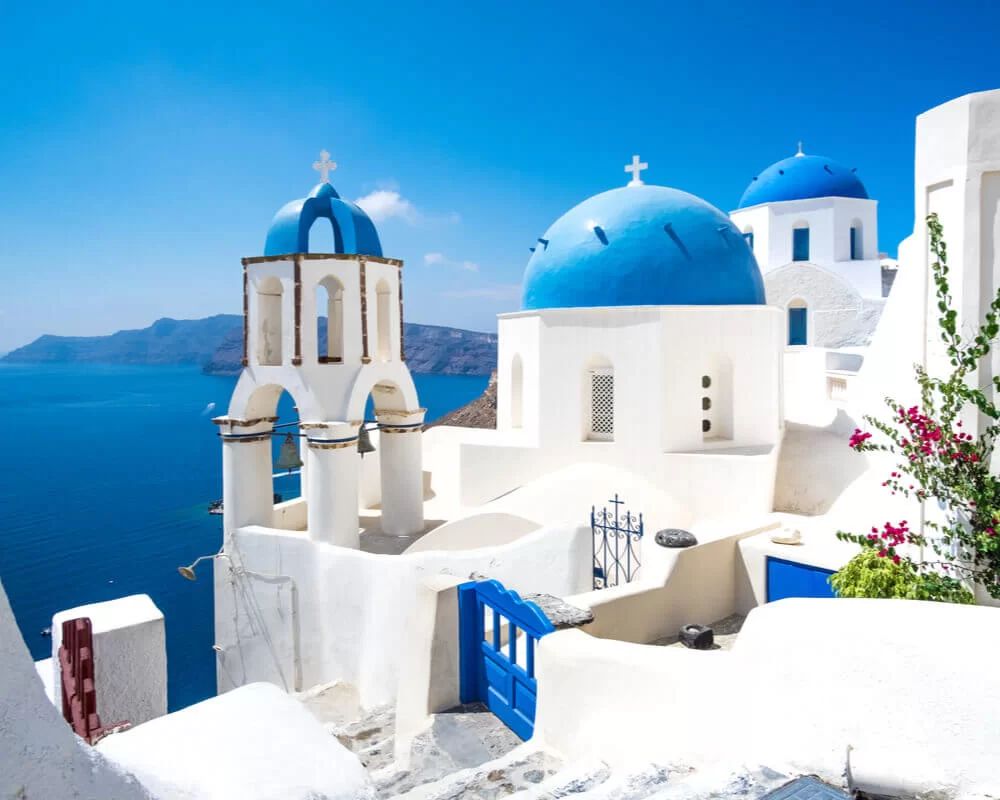 Santorini is a unique Paradise on earth to spend your vacations and in this post we believe we gave you some pretty good reasons why!

Rent your car in Santorini from AutoCenter and discover on your own every corner of this beautiful island that makes it so special!