Santorini is one of the most famous destinations in Greece and all around the world as well. This is due to the fact that this majestic island combines a breathtaking scenery, with countless entertainment options and rich history as well.For those who do not only seek rest and entertainment on their vacation but they feel the need to learn more about the history of the place that they choose as their holiday destination, we have prepared the ultimate guide of Archaeological sites of Santorini.

Santorini’s history is strongly linked with its unique geographical and natural characteristics. The island’s  volcanic activity has not only shaped it into its present form, but also had a huge impact on its course of time. The silent witnesses of  the island’s ancient past are the archaeological sites of Santorini that will travel you back in time, just by viewing them. The first inhabitants of the island arrived during the Neolithic era, by the 4th millennium BC. The island of Santorini was occupied by many civilizations, but it was mostly influenced by that of the Minoan Crete.The explosion of the Santorini volcano around 1.650 BC, which is believed to be one of the severest that earth has ever known, destroyed not only Santorini but also Crete’s coastal towns such as Knossos, signifying  that way the end of the Minoan Civilization.

Travel back to prehistoric Santorini, visiting the Akrotiri excavation

Akrotiri is often described as the greek Pompeii and it is one of the most important archaeological sites of Europe. The archaeological excavation at the area of Akrotiri dates back to 1967. Akrotiri is located in the southwestern part of Santorini, at a distance of 15 km from Fira. After a long period, the excavations became accessible to visitors in 2012.

The first inhabitants of Akrotiri settled in the area, in the Neolithic period. The findings of the excavation indicate that Akrotiri was a thriving city of the Minoan era, which had very strong economic and commercial ties with the island of Crete. The prosperity of Akrotiri ended tragically, when the area was shocked by a series of earthquakes and eventually got covered by volcanic materials produced by the great volcanic eruption that took place  at the end of the 17th century BC. Visiting the excavation you can admire the advanced architecture of the settlement and the vivid drawings on the remnants of the buildings. 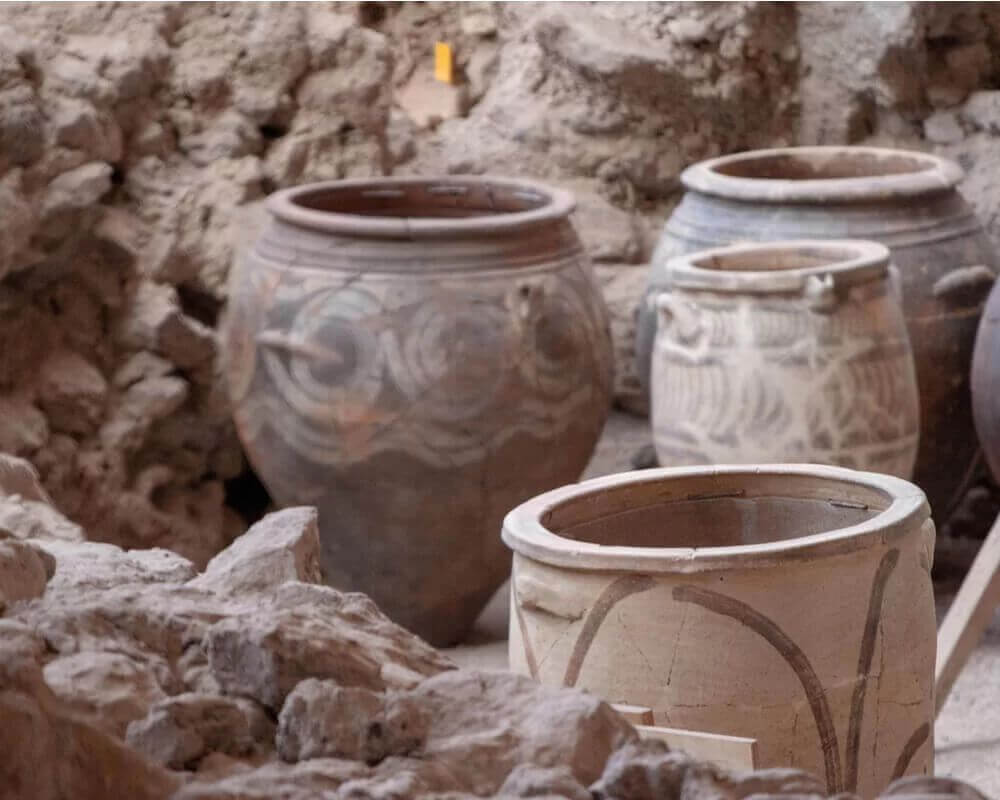 Excursion to the Archaeological Museum of Thera

The Archaeological Museum of Thera is one of the best  Archaeological Sites of Santorini that you can visit in order to get acquainted with the island’s history. The Museum was built in 1960  by the greek government of the time, as the previous it had collapsed during the earthquake of 1956. The exhibits displayed in the museum are divided into three main collections. Those are sculptures from the Archaic to the Roman Period, inscriptions dating back to the Roman era and clay figures as well as vases from the Geometric to the Hellenistic period. Some of the exhibits come from the excavations  carried out in the region of Mesa Vouno, where a hellenistic settlement was discovered. The vast majority of them comes from the cemetery of ancient Thera. In the ancient times objects called kterismata were placed on the graves of the deceased, as it was believed that they would need them in the afterlife. 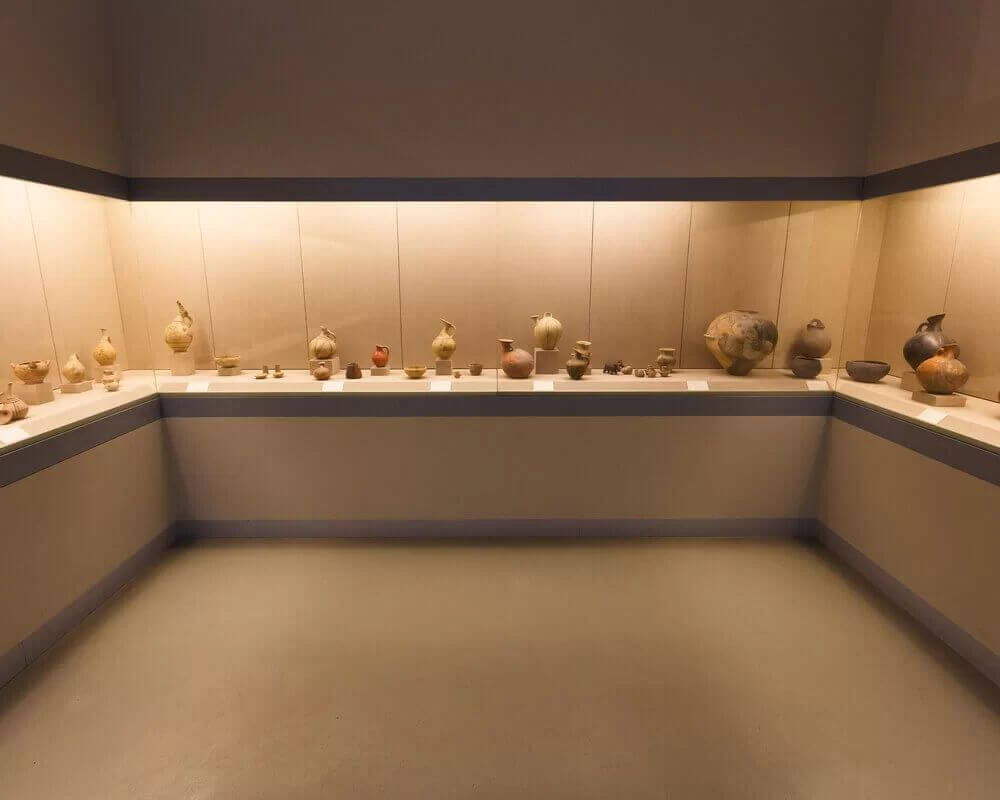 The Greek Philosopher, Plato has described Atlantis as a prosperous island which was utterly destroyed by a great doom and eventually sank into the sea. Many believe that this legend was inspired by the actual destruction of the prehistoric island because of the volcanic eruption that took place four thousand years ago. The lost Atlantis Museum is one of a kind, visiting it you may not see an actual Archaeological site. But you will have the chance to learn all of the island’s history, via interactive technologies such as 9D, which will boost your adrenaline levels to the top. The Museum is located in Kalochori and will guide you from the great eruption to the days of Plato using the latest technology. 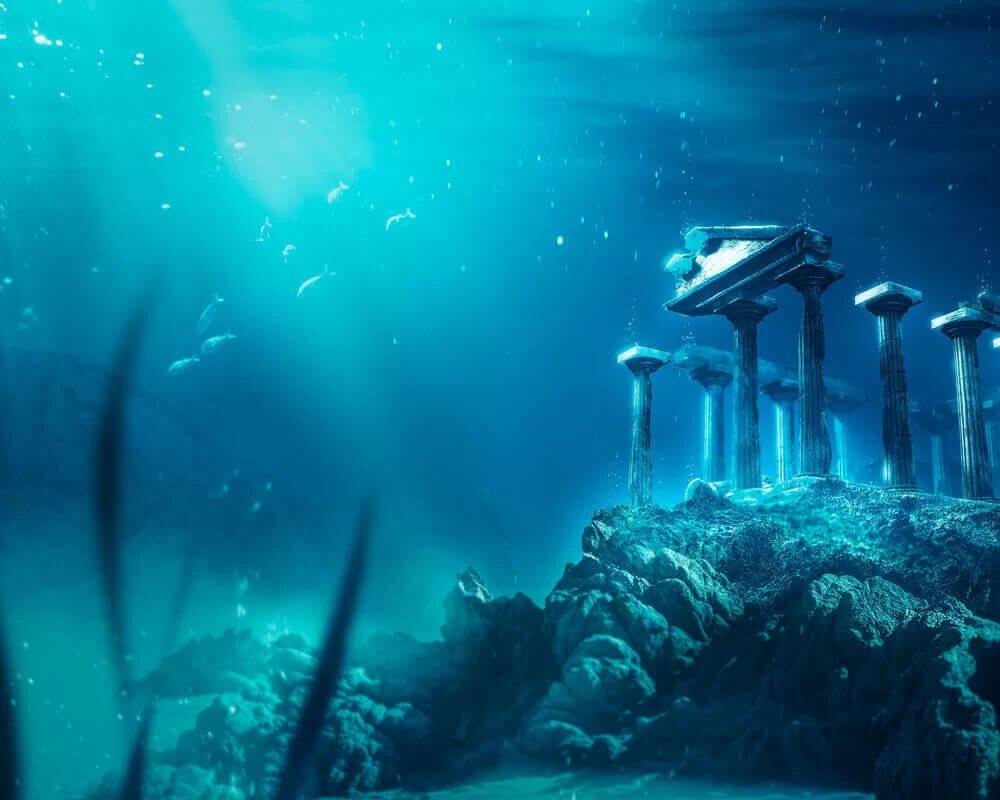 Regardless of your destination, AutoCenter is the ultimate choice for a great touring experience across the island. Choose the vehicle that best suits individual needs and explore every corner of it.

Rent your car in Santorini from AutoCenter and meet your needs for car rental in Santorini.

GET IN TOUCH WITH US